Celebrating The Poetry of Oodgeroo Noonuccal Oodgeroo was best known for her poetry, and was the first Aboriginal Australian to publish a book of verse.

Her first book of poetry was extraordinarily successful, selling out in several editions, and setting Oodgeroo well on the way to be Australia's highest-selling poet. Oodgeroo embraced the idea of her poetry as propaganda, and described her own style as "sloganistic, civil-writerish, plain and simple.' She wanted to convey pride in her Aboriginality to the broadest possible audience, and to popularise equality and Aboriginal rights through her writing. 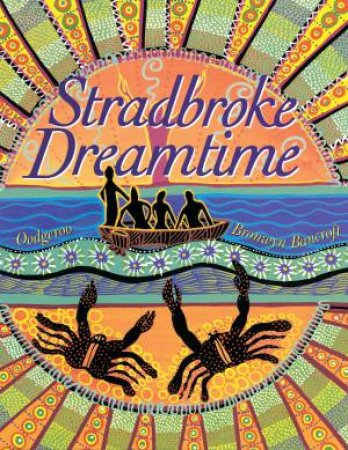 Like me, Ooodgeroo was left handed and suffered many painful experiences during her school years. She writes, 'There were many painful scenes when I refused to pick up a pencil with my right hand; many times the headteacher's ruler came down in full force on the knuckles of my left hand... But for a long time I managed to hide from the sewing teacher the fact that I used my left hand for needlework.'

The poem 'Municipal Gum' is a powerful example of her poetry and her strong activism. Oodgeroo's words continue to stir and provoke thought.

Municipal Gum by Oodgeroo Noonuccal
Gumtree in the city street,
Hard bitumen around your feet,
Rather you should be
In the cool world of leafy forest halls
And wild bird calls
Here you seems to me
Like that poor cart-horse
Castrated, broken, a thing wronged,
Strapped and buckled,its hell prolonged,
Whose hung head and listless mien express
Its hopelessness.
Municipal gum, it is dolorous
To see you thus
Set in your black grass of bitumen--
O fellow citizen,
What have they done to us? 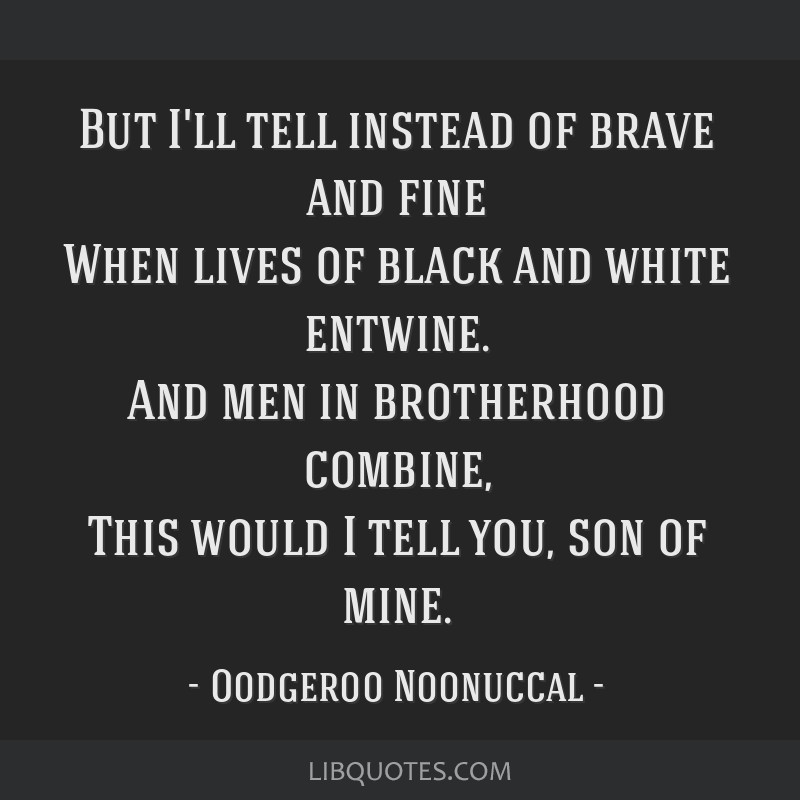