A Look At the Poetry of Roger McGough 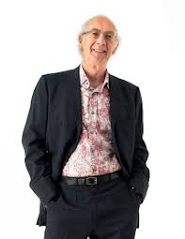 Today, for Poetry Friday, I want to introduce everyone to Roger McGough...

Roger McGough is an English poet, performance poet, broadcaster, children's author and playwright. He presents the BBC Radio 4 programme Poetry Please, as well as performing his own poetry. McGough's popularity, commercial success, use of humour, and the lack of pretension of his verse has tended to restrict appreciation of his work as 'serious poetry.' This amounts to a serious under-estimation of Roger's body of work.

The early poetry of McGough has been characterised, as being reliant on play with words and their meanings. It has also been noted to exhibit a stylised wit, and, at times, a sadness based on themes of lost youth, unfulfilled relationships, and the downside of city life. Personally, I find my style most engaging.

The form of some of his verse, has been influenced by his experience of writing song lyrics. You will find numerous examples of Roger conducting poetry readings on You Tube. Roger McGough Poems

In my personal poetry collection I have numerous McGough books. A poet I believe worthy of further investigation.

I spend my days

I find them on buses

And on busy pavements.

I pick up the leftovers

and store them away.

I make things out of them.

In Case of Fire

In case of FIRE break glass

In case of GLASS fill with water

In case of NUDIST BEACH keep sand out of eyes

In case of EYES close curtains

In case of CURTAINS switch on light

In case of LIGHT embrace truth

In case of TRUTH spread word

In case of WORD keep mum

In case of MUM open arms

In case of ARMS lay down gun

In case of GUN, fire

In case of FIRE break glass. 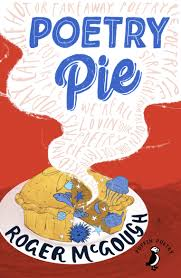 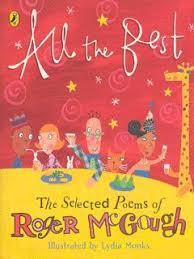 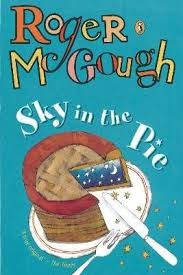